Losing the fight against a pandemic, one battle after another 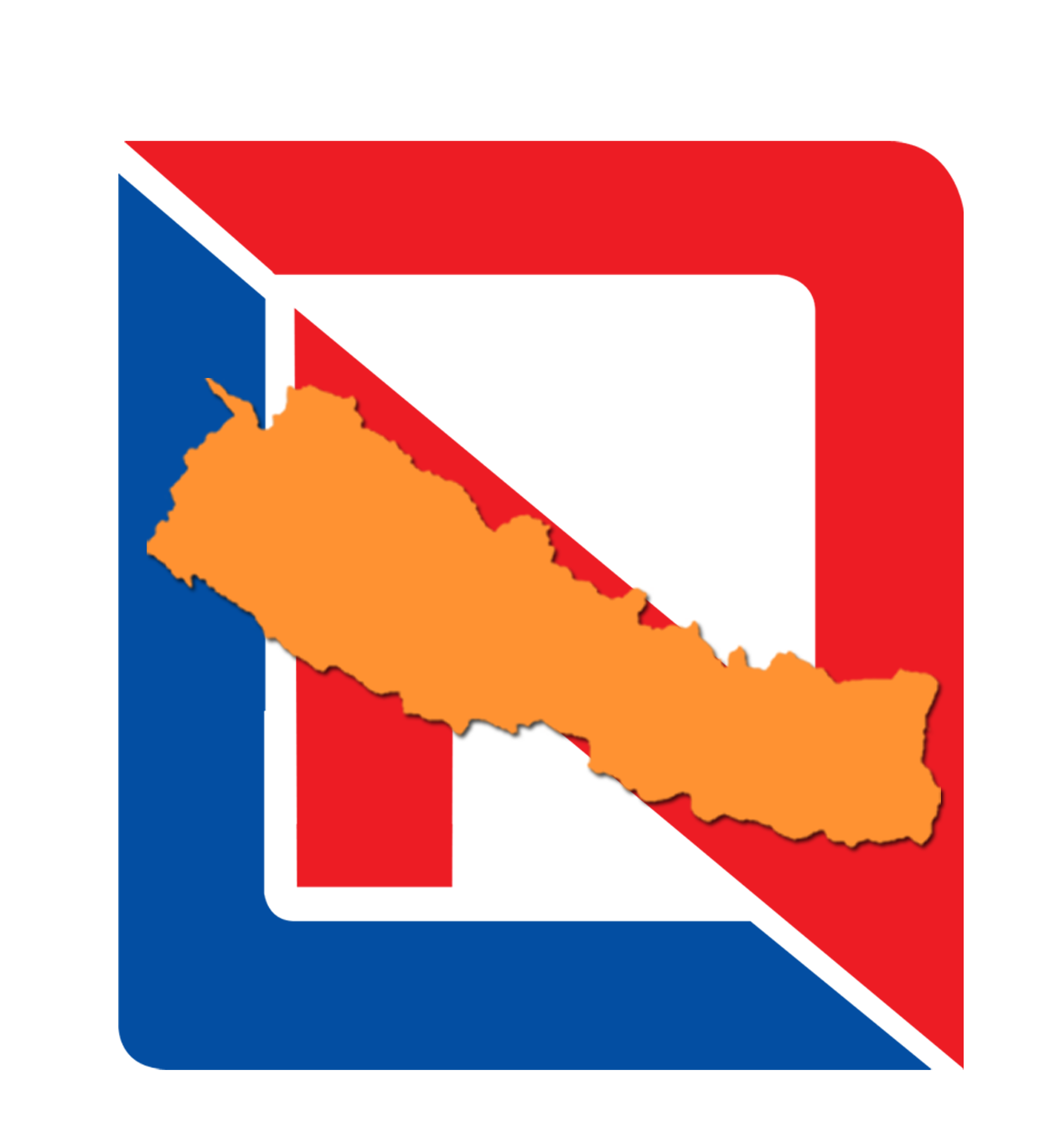 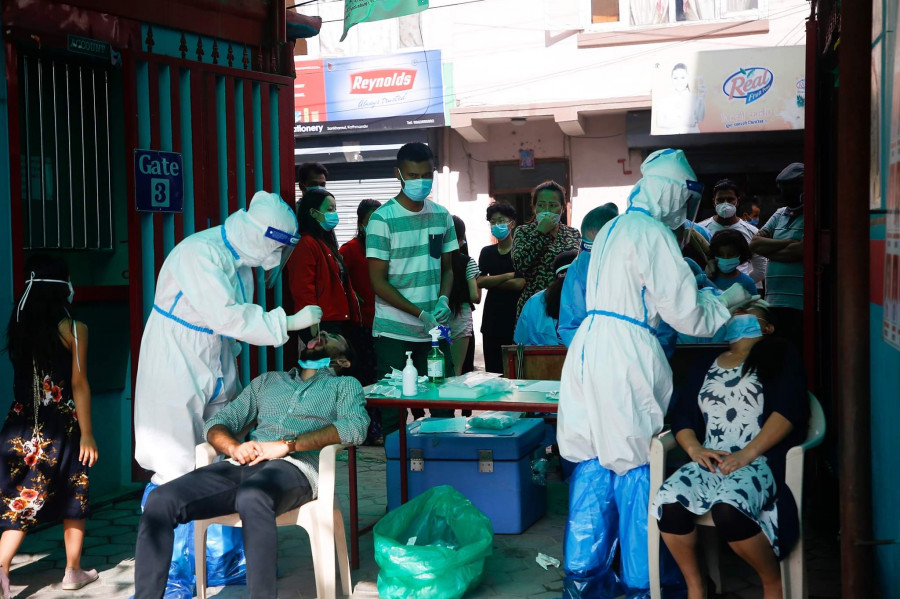 Arjun Poudel
If anyone is in isolation as Covid-19 cases continue to surge in the country, it’s the government. Officials say as more and more people got infected with the coronavirus, there were expectations that the authorities would increase the number of isolation beds. But that did not happen, according to them.

On March 17, a meeting of the high-level committee to fight Covid-19, held at the Office of the Prime Minister and Council of Ministers, decided to set up 120 intensive care beds at six different hospitals in Kathmandu Valley.

Bir Hospital was one of them. It was allocated Rs125 million to expand its intensive care unit. However, not a single bed has been added for intensive care—at least as of Sunday.

“We could only purchase equipment for the intensive care unit beds,” Dr Kedar Prasad Ceintury told the Post. “Half of the money provided to us was spent on equipment. The remaining half got frozen. We have not set up any new beds so far.”

Nor has a single ICU bed been set up at the Kirtipur-based Ayurvedic Teaching Hospital. The money allocated has not been used due to the lack of staffers trained to run the services.

The government had allocated Rs 750 million to set up the 120 beds.

The meeting had also decided to install at least 1,000 isolation beds at seven facilities of the Valley—200 beds at Ayurvedic Teaching Hospital, 220 at the Nepal Electricity Authority’s training centre in Kharipati, Bhaktapur, 60 beds at the Kathmandu Upatyaka Khanepani Limited’s training hall in Bhaktapur, 100 beds at Sukraraj Tropical and Infectious Disease Hospital, 70 at Patan Hospital, 100 beds at Nepal Police Hospital and 250 beds at the Armed Police barracks in Ichangunarayan.

Apart from this, the government provided Rs380 million for the seven provinces.

Of the total money, Province 2 and Province 5 received Rs 70 million. Bagmati Province received Rs 40 million, according to officials at the Health Ministry.

Hospitals, however, are overwhelmed. They lack isolation beds.

Officials now are asking people who test positive for Covid-19 to isolate themselves at home.

“Not a single bed has been set up in Province 2 and Bagmati Province,” an official at the Health Ministry told the Post requesting anonymity because he was not authorised to speak to the media. “Other provinces said that they were managing the existing beds and told us that the money was spent for the same.”

“A huge amount was allocated—and spent—in the name of fighting against Covid-19, but no one knows where the money went,” said the official. “Infected people are forced to stay home.”

The government has said that it spent Rs10 billion in three months in its fight against Covid-19. However, questions have been raised as to what it did and how it spent such a huge amount of money, as there are allegations of corruption, including in the purchase of medical equipment.

The main opposition Nepali Congress has accused the government of “shameless indulgence” in irregularities and corruption in the time of national crisis and demanded a breakdown of the expenditure. The government is reluctant to respond.

Authorities concerned have been scrambling to arrange beds as more and more people are testing positive for the virus.

In Kathmandu Valley alone, the number of cases has risen to 1,134 with 92 infections reported on Saturday, according to the Health Ministry.

The total number of positive cases detected across the country on Sunday was 380.

As many as 75 people, six in Kathmandu Valley, have died of Covid-19-related conditions so far. The nationwide Covid-19 tally has reached 22,972.

The Epidemiology and Disease Control Division said coronavirus cases have been seen in over 130 different areas in Kathmandu Valley.

“Number of new cases is sure to rise in the coming days,” Dr Basudev Pandey, director at the division told the Post. “It will be very difficult to contain the spread of the virus if we fail to act immediately.”

Dr Roshan Pokhrel, chief specialist at the Health Ministry, concedes that isolation and intensive care beds could not be arranged despite the money allocated for the same.

Public health experts say the government—at all levels—has not only failed to ensure isolation beds but they have also not been able to upgrade quarantine facilities and increase testing and contact tracing.

This has resulted in a massive surge in Covid-19 cases, which is quite concerning, according to them.

“No one took suggestions of public health experts seriously,” Dr Baburam Marasini, former director at the Epidemiology and Disease Control Division, said. “Neither the federal, provincial and local governments took suggestions nor did they know it themselves.”

When cases started to spike as more and more people started coming from India, quarantine facilities were a mess, according to public health experts.

The responsibility of contact tracing was given to the local level, but it was fraught with bureaucratic hassles, taking several days to trace people who tested positive for the virus.

The government has set up Covid-19 Crisis Management Committee to coordinate among the agencies concerned and to expedite preparations to fight the pandemic.

In addition, there are several mechanisms in the districts and at the local level to deal with the pandemic.

“But none are fulfilling their responsibilities,” a Health Ministry official said on condition of anonymity.

Officials at the Health Ministry said that they are unaware of the measures the government is going to take.

“We had recommended restrictions several days ago, but our suggestions were not taken seriously,” said an official at the Health Ministry who spoke on the condition of anonymity because he feared retribution.

Public health experts say the government is lost in the midst of the fight against the virus.

“Coordination is needed among all agencies concerned, general people and political parties,” Dr Prabhat Adhikari, an expert on infectious disease and critical care, told the Post. “Passing responsibility on to others won’t help. If bureaucracy does not work, political leadership should take the lead. But in our context, neither the bureaucracy nor the political leadership seems to be effective.”

The Health Ministry had convened a meeting of public health experts after the end of the lockdown in which most of them had drawn the government’s attention to the poor preparation.

“Responsibilities are not over just by making decisions and allocating budgets,” Marasini said. “We need a proper mechanism—and with accountability—if we are really serious about containing the contagion.” 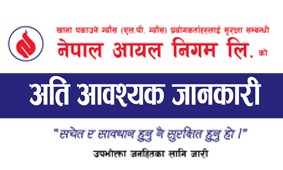 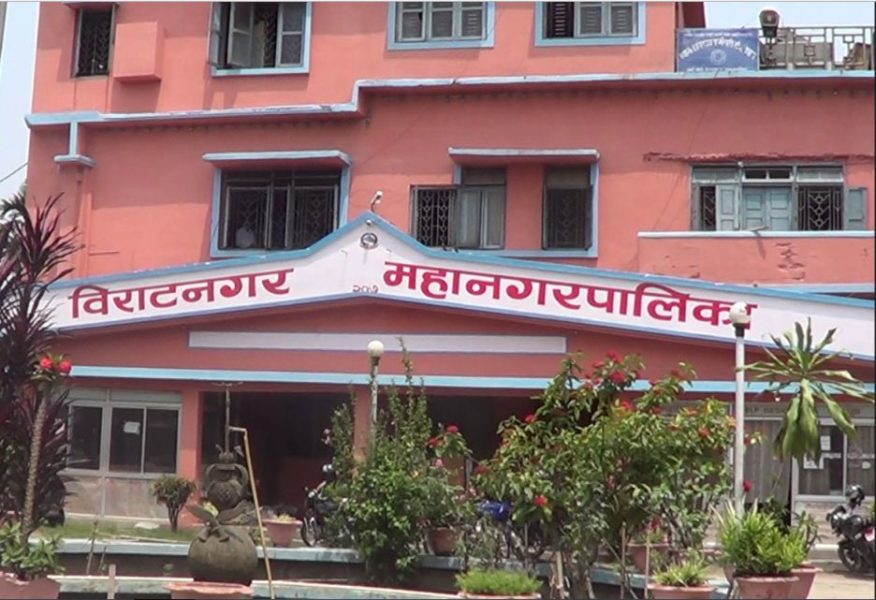 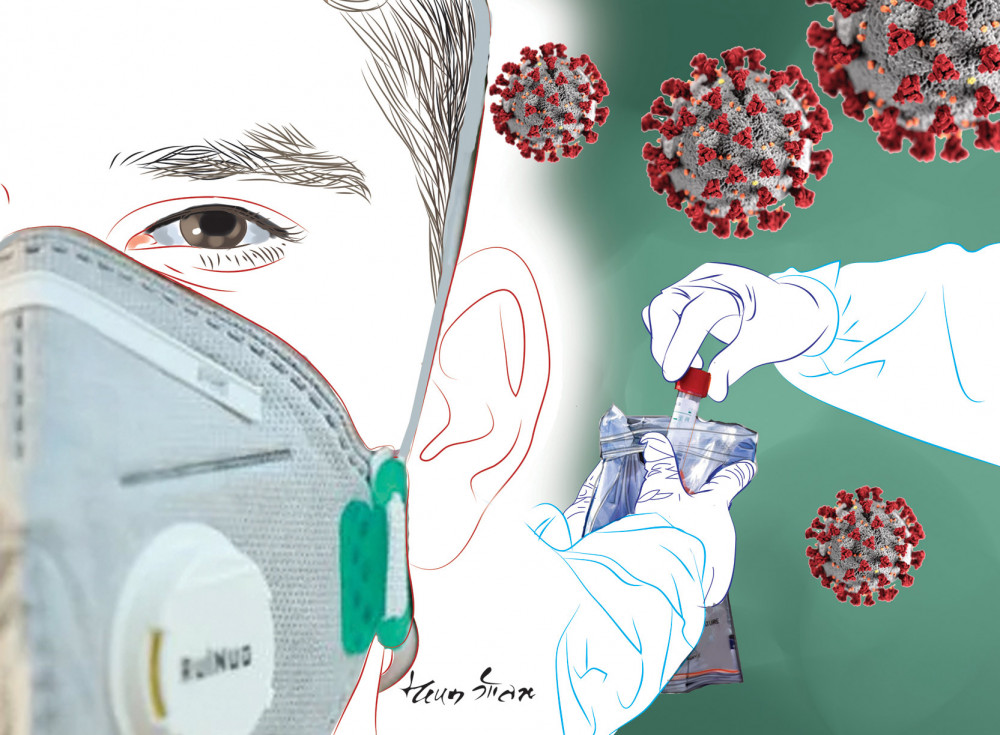 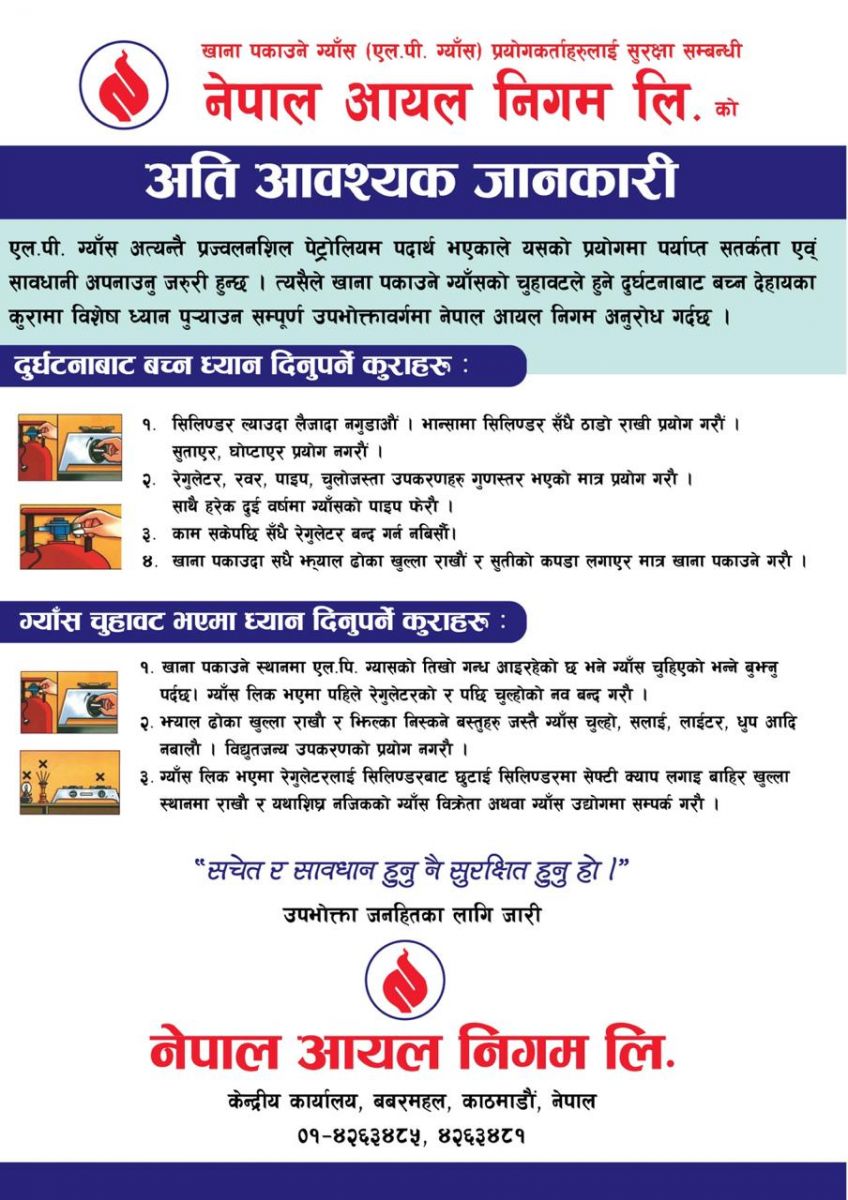 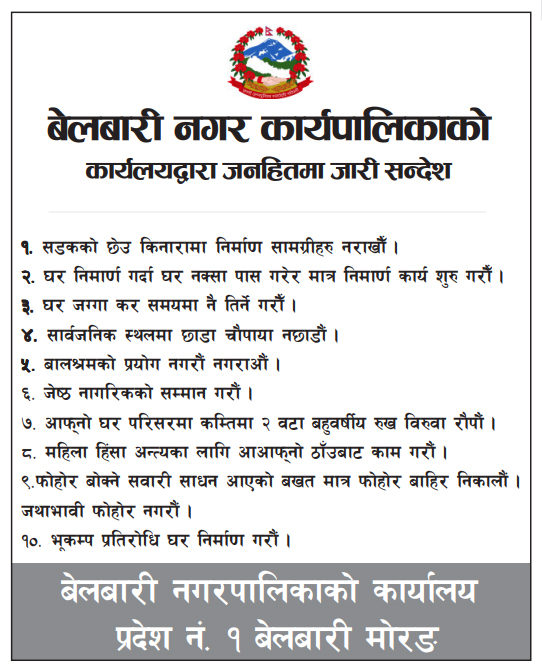 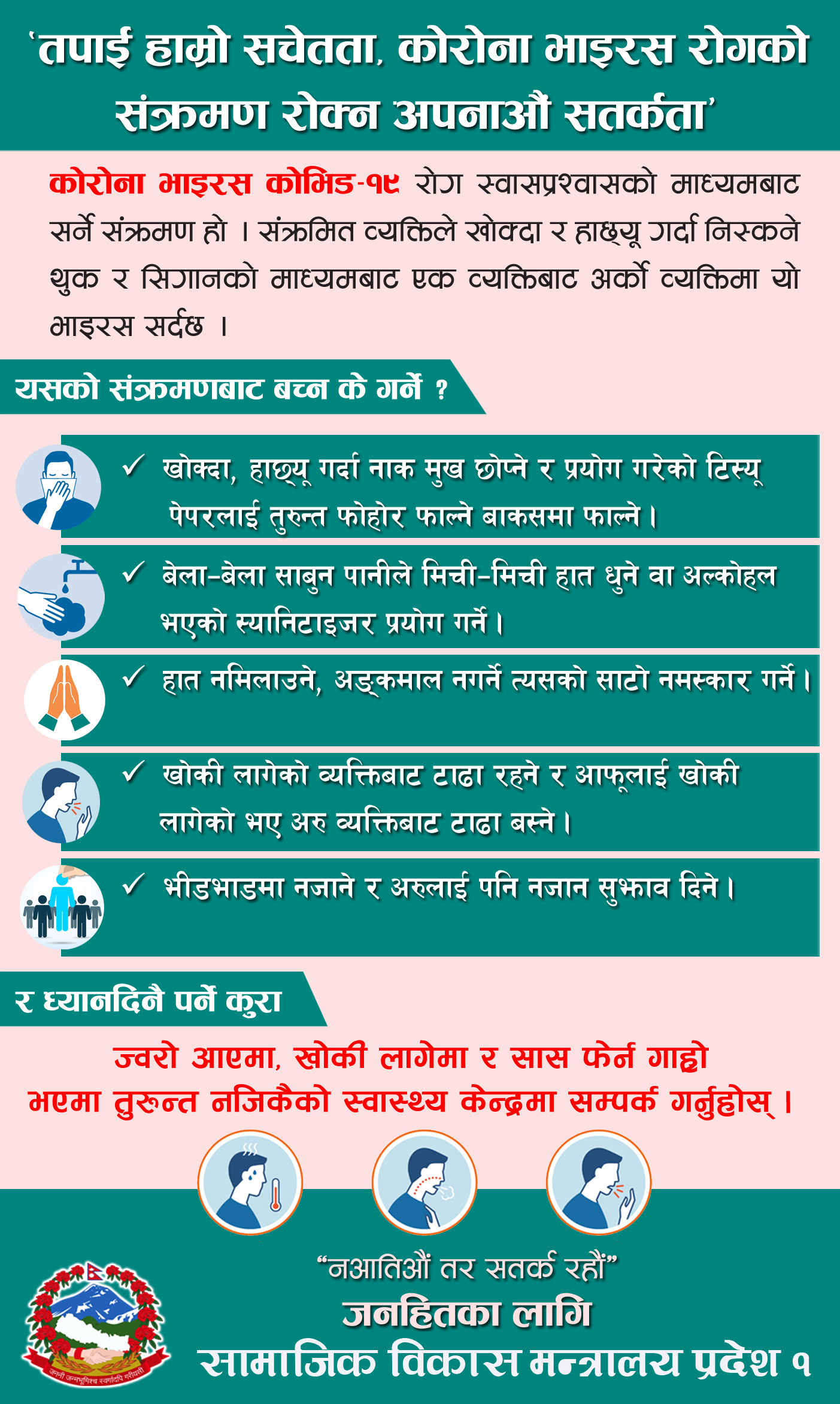